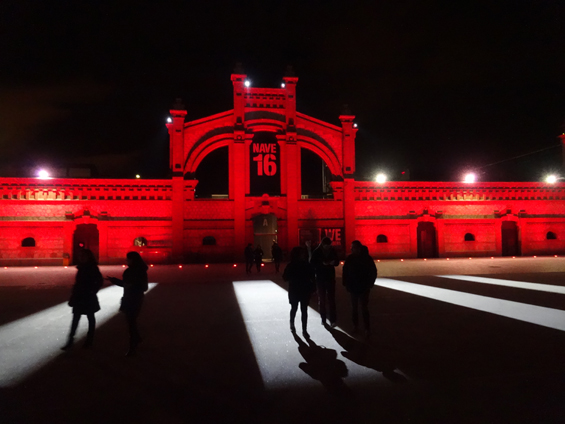 The first We-Trader exhibition opened it’s doors on January 31 at the Matadero in Madrid and more than 2000 people came the very first night to check it out. 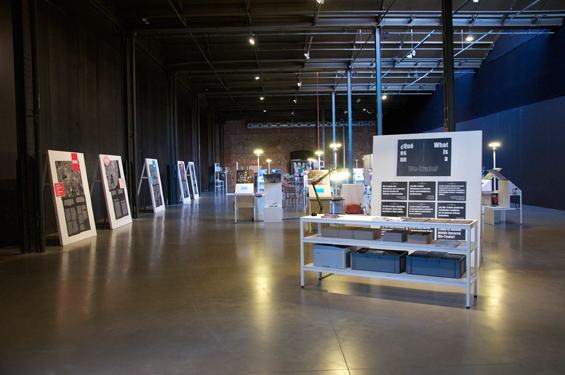 This is what the exhibition looked like just before the opening of the doors, 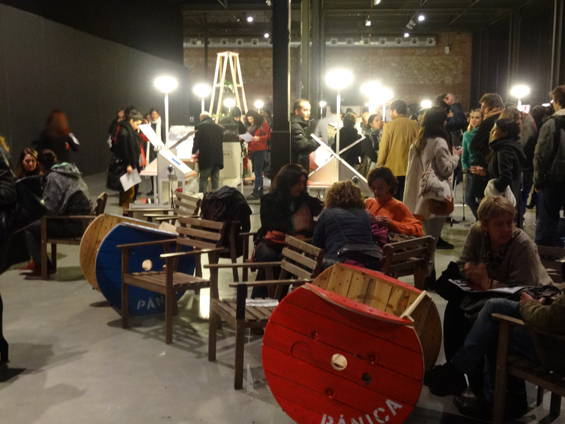 and this what it looked like from 8pm till midnight. It was great to see so many people spend so much time interacting with the exhibits and with each other.

The heart of the exhibition are the We-Traders projects from five cities: Berlin, Madrid, Lisbon, Toulouse and Turin. 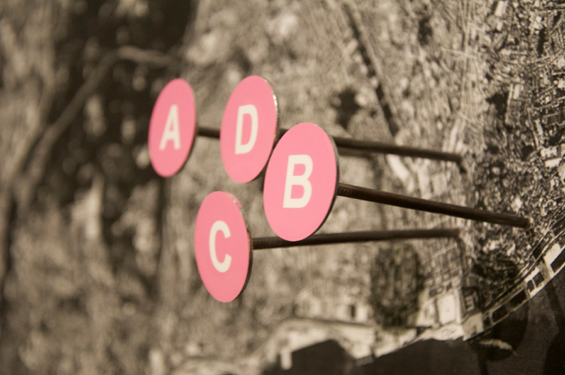 On big city maps you can see where the projects are located in each city. 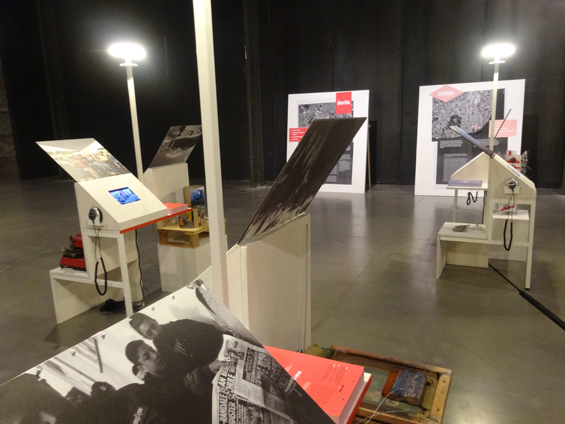 Each We-Trade is presented with a before/after image, a short film, a text and an object. 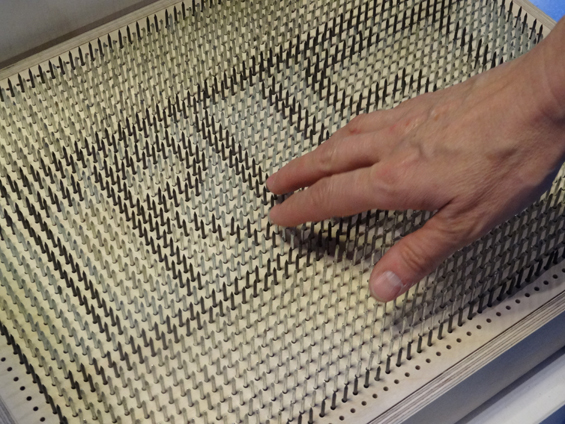 Open Design City (ODC) from Berlin have built this amazing nail chair for the exhibition. Yes, you can sit on it and it is even quite cozy. 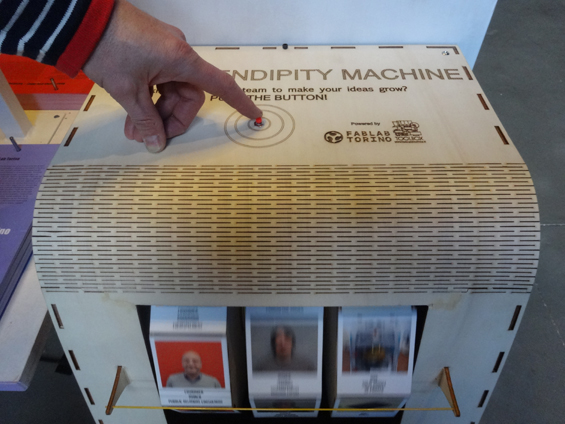 Toolbox Coworking from Turin sent us their serendipity machine: press the button to select your dream team! 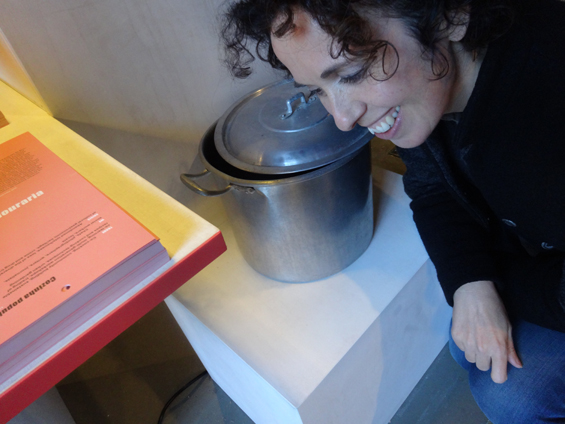 The pan from Cozinha Popular in Lisbon lets you listen to Adriana Freire and her team cooking. 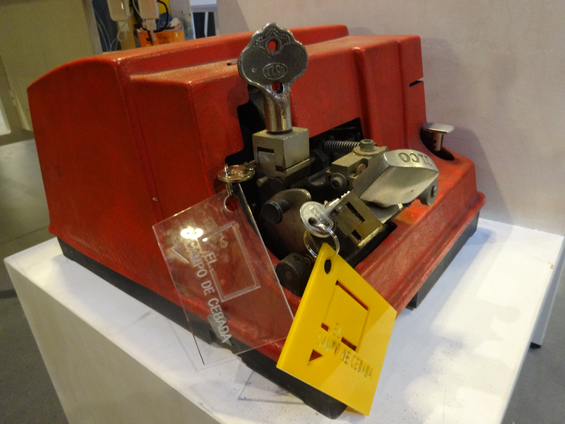 And ingenious Campo de Cebada in Madrid invites everyone to make their own key to the Campo. 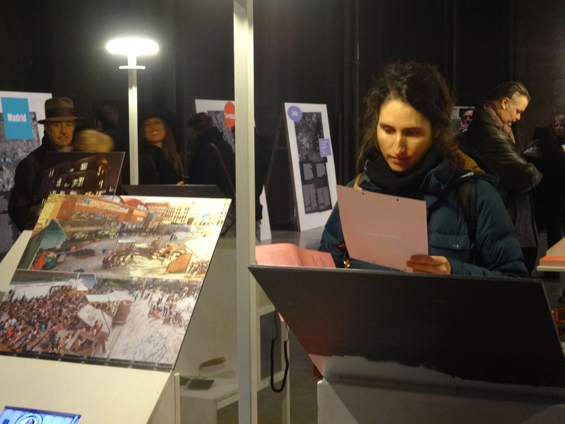 If you want to read more about the projects in the privacy of your own home, 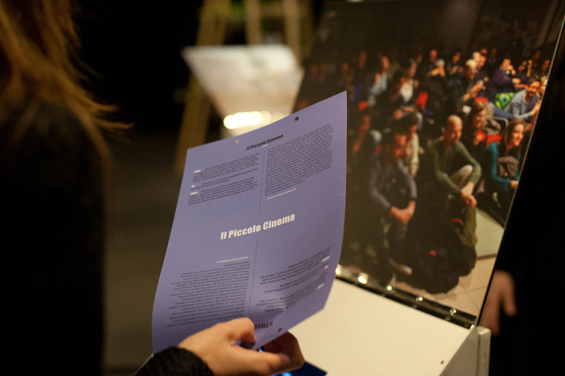 pick up the take-away information in English or Spanish, 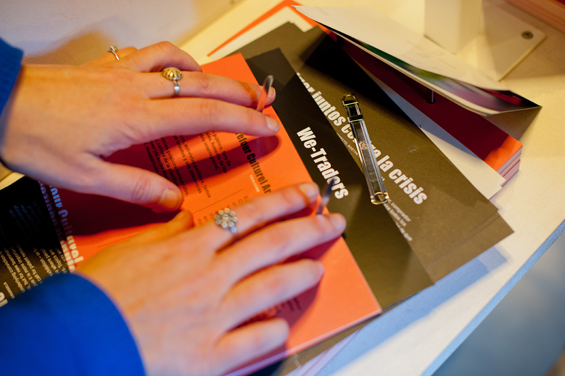 and produce your own D.I.Y. catalogue. 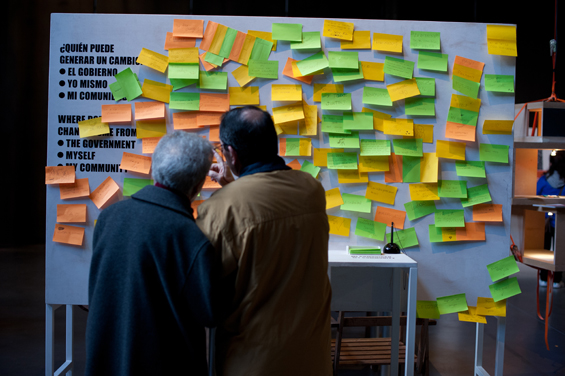 With the D.I.Y. statistics we would like to take the temperature in each city. 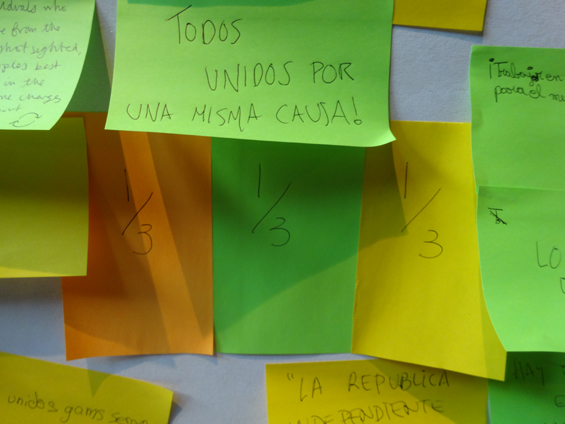 Where does change come from – the government, myself, my community? 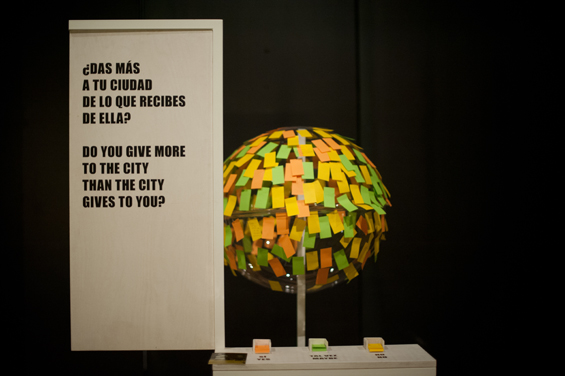 The questions were developed collaboratively at the We-Traders Fora in each city and will vary. 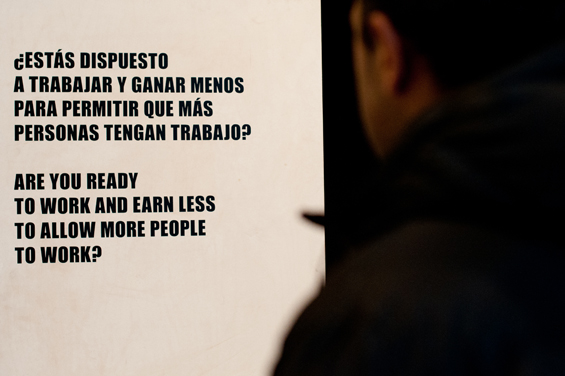 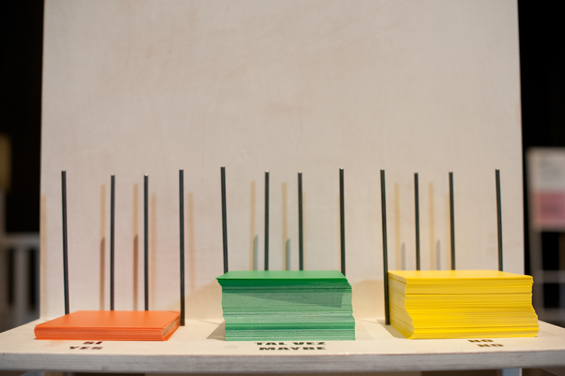 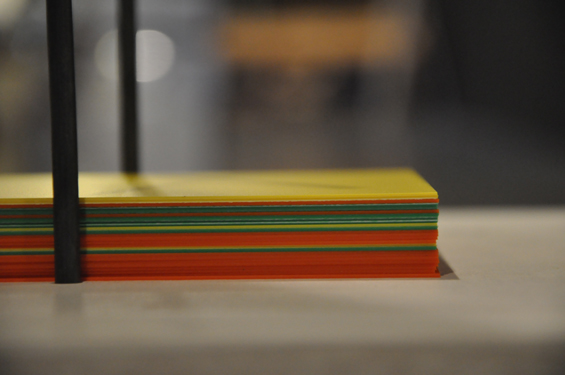 Slowly a picture is emerging and we are very curious to compare the results with the other four cities. 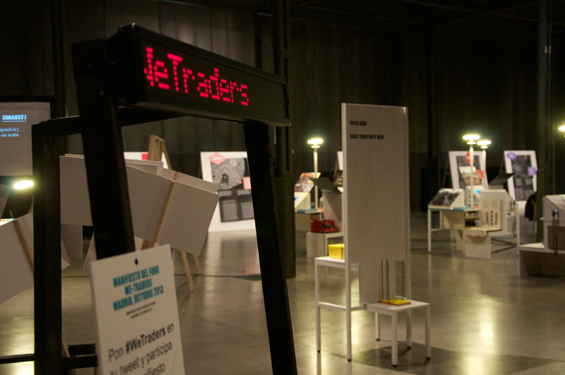 We-Traders in each city have produced a Manifesto. In Madrid it is simply a hashtag; type “#wetraders” and your message will become part of the exhibition. 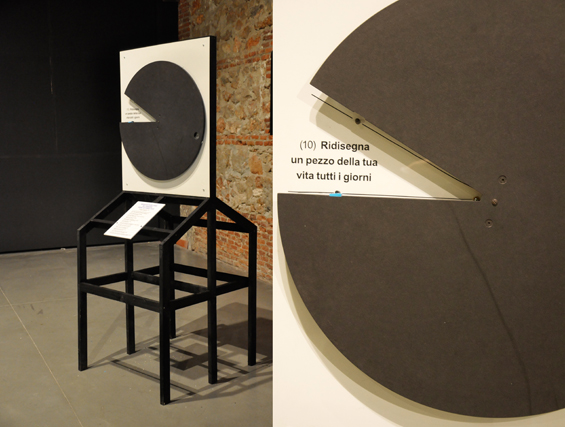 Spin the Turin fortune wheel and follow the advise you are given: redesign a piece of your life every day. 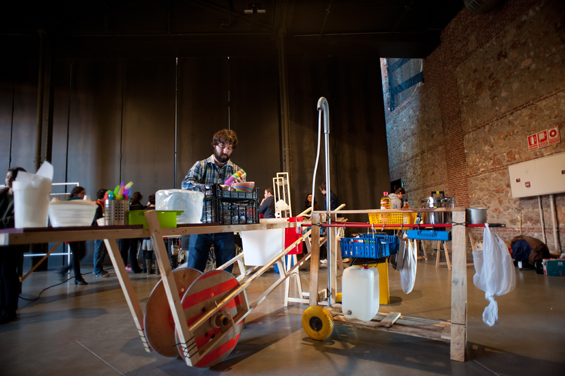 There are activities going on in the exhibition every day. This was a cooking session with urban collective kitchen COCOOK. 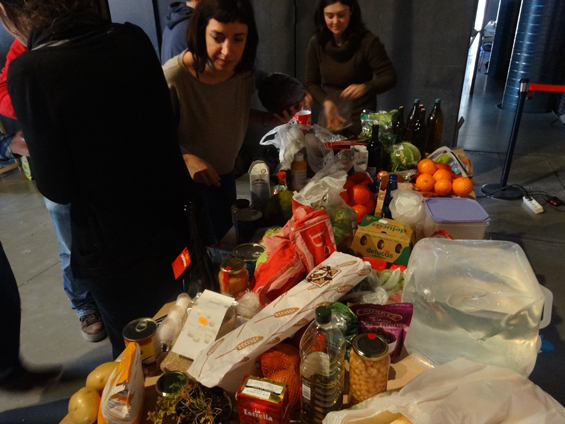 Open to everyone – just bring one item of food. And then start cooking, swapping food and recipes and enjoy. 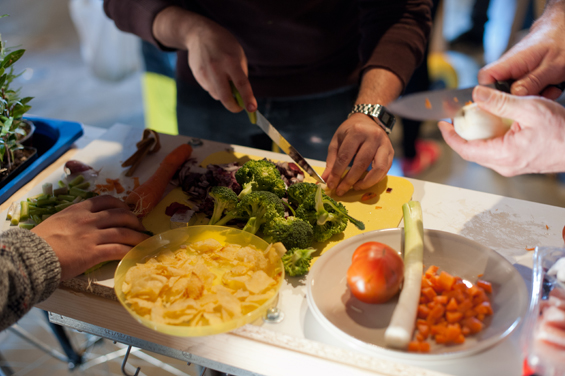 To my surprise, we didn´t only eat stew but a wide range of very tasty little dishes. 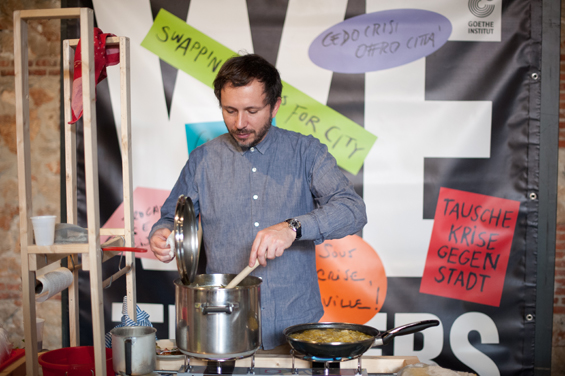 Our Madrid co-curator Javier Duero is not only a fantastic curator, but also a very good cook. 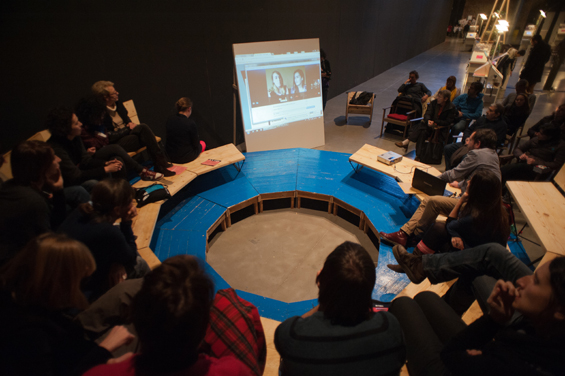 The first day of the exhibition ended with a We-Traders round of talks in the Urban Parliament by Zuloark. 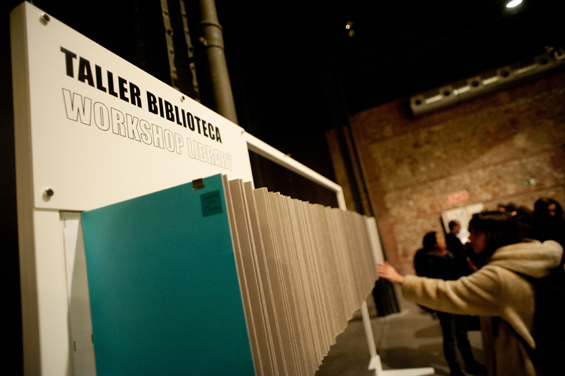 All activities will be documented in this library and will travel to the other cities. 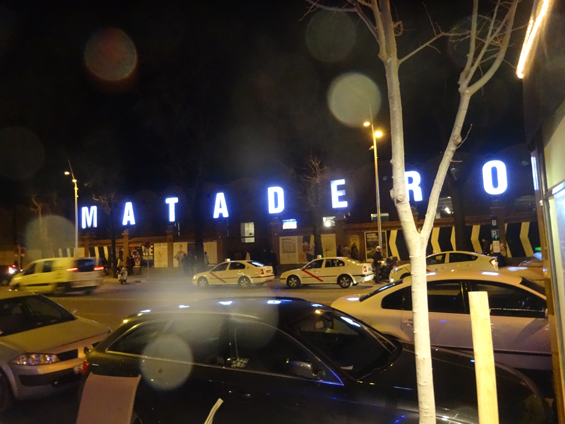 So if you can´t make it to the Matadero until March 16, you might join the We-Traders exhibition in Berlin from July 3 to August 17, 2014.

We-Traders is an initiative of the Goethe-Institut region of south-west Europe and was developed by the Goethe Institut, Vienna based curator Angelika Fitz and myself in collaboration with local co-curators and Goethe-Instituts in Lisbon, Madrid, Toulouse and Turin, as well as with twenty-four We-Trades from all five cities. Co-Producers in Madrid are the Matadero as well as Medialab Prado, Intermediae and Pista 34 Cultura S.L.. Our co-curator in Madrid is Javier Duero. The exhibition scenography is by Alex Valder and the exhibition graphics by Carsten Giese/Studio Regular, both from Berlin. Thank you all.

Find out more about the project on our multilingual website www.goethe.de/wetraders and for details on all the fantastic people involved in the project click here.

All photos by Rose Epple, if not otherwise credited.