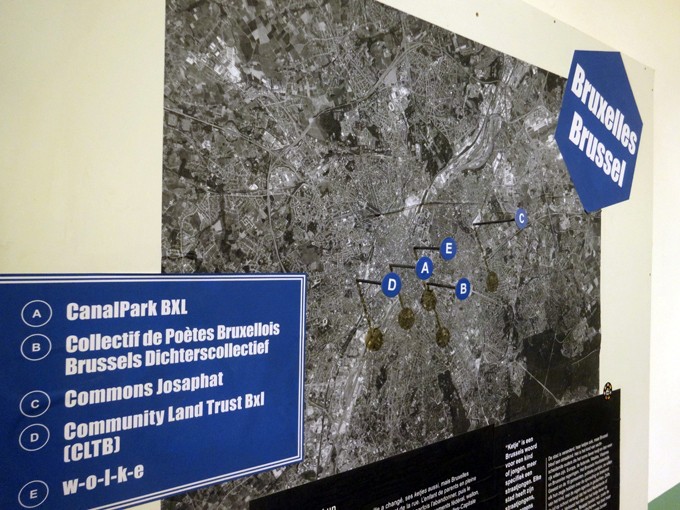 Brussel´s palace for the arts BOZAR is hosting We-Traders. Swapping Crisis for City exhibition until April 12, 2015. Five new Brussels initiatives have joined We-Traders from Madrid, Turin, Berlin, Lisbon and Toulouse to widen this European panorama of active citizenship. The Art Deco building by Victor Horta (1928) is a fantastic place for the last stop of the We-Traders platform, because it puts them where they belong: right at the heart of the European capital.

The question of how we want to live in our cities will be paramount in the years to come – and we cannot rely on local governments alone to give answers. Faced with financial problems, growing social injustice and dwindling powers due to the dynamics of globalization, city governments and citizens have to work together on an equal footing to shape livable and inclusive urban environments. We-Traders explore new models of city making and though they are sometimes belittled as not tackling BIG problems, we believe they are crucial to the future of our cities. Not only because they have a tangible impact in local communities but also because they create a climate of empowerment and responsibility. Or as one Brussels We-Trader put it: “The time of utopias is over, now it is time for action”. 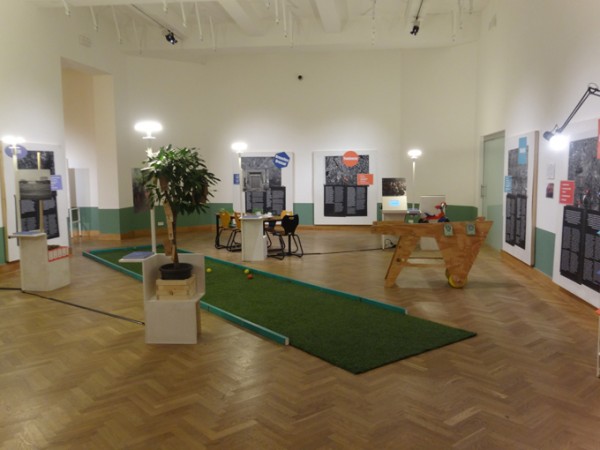 The mobile petanque lawn in the exhibition comes from CanalPark BXL and is routinely used to reclaim parking spaces for public use. The initiative is busy transforming a concrete wasteland near the canal into public green space and meeting point for the neighbourhood. Just like Commons Josaphat who aim to cultivate and manage a large plot in the east of the city in a collaborative and democratic fashion, they are creating spaces in the city, where common good comes before individual profit. 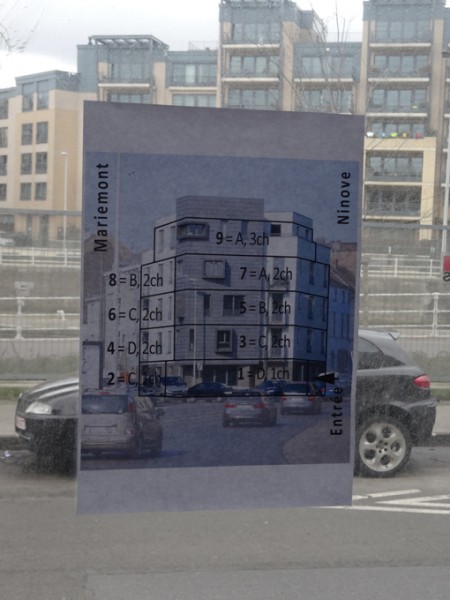 The Brussels projects include Community Land Trust Bxl (CLTB) who are employing the American Community Land Trust model as an alternative solution to the housing crisis in Brussels. CLTs are organizations that purchase land to be managed as a common good and in the interest of the community. Their aim is to build houses that are affordable to low income people by selling the homes and not the land on which they are built, which remains propriety of the CLT. Thanks to the support and recognition by the Brussels Region, CLTB is developing four important housing projects since 2012. 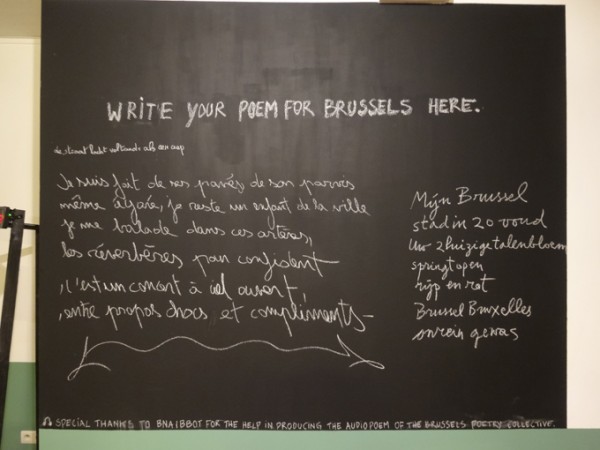 In a city where train announcements are not only in Dutch and French, but also in English and German, the Brussels Poetry Collective decided that more than one City poet is needed. The group creates individual and collective poetry to present the wealth of languages and voices of Brussels. They consider their writings as open source material for other citizens to add to and remix. For the exhibition they created a fascinating poetic sound collage in many languages. 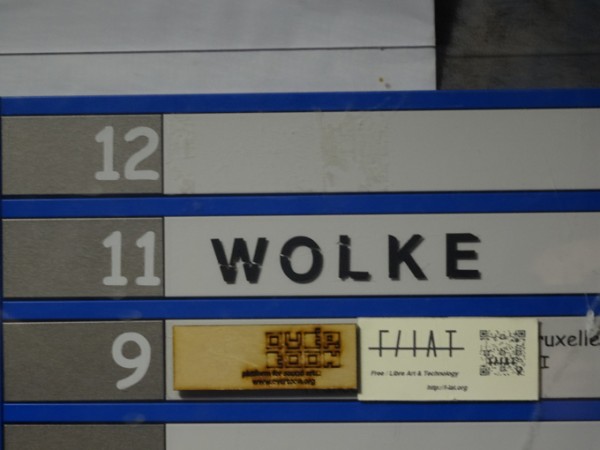 W-O-L-K-E is an independent intermediary space in the center of Brussels. In a temporarily vacant office building, Wolke provides artist studios, a residency program, and a collaborative space for exhibitions, talks and events, organic lunches, workshops, film screenings, and more. Unfortunately, they will have to move out of their current space soon and are looking for alternative spaces. For now they have moved into the BOZAR and are hosting weekly lunches, film screenings and workshops that are part of open education project Brussels Academy. They also invited us to a lively and delicious opening dinner on the 11th floor. Thank you Wolke and to all Brussels We-Traders for sharing your experiences and wisdom with us and our visitors. Click here for the complete Brussels program. 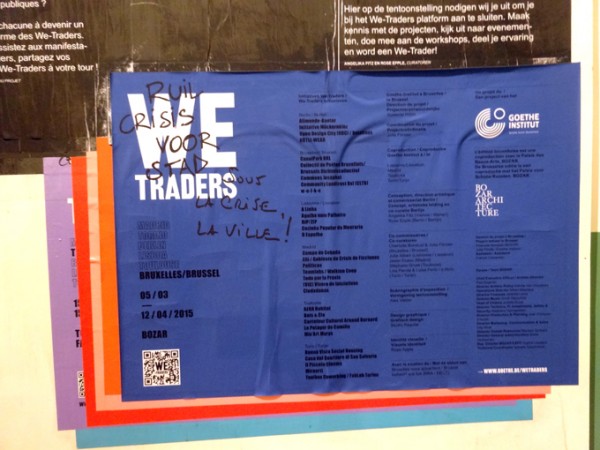 What next? The We-Traders platform has been what my co-curator Angelika Fitz coined a “working exhibition” and after two years a wealth of We-Trader wisdom has accumulated. Thanks to the enthusiasm of Susanne Höhn, initiator and project leader from Goethe-Instiut, and with the help of veteran urbanists Elke Rauth and Christoph Laimer from Viennese magazine dérive, we are currently working on an e-book that will put the We-Traders experiences in a wider context and help future We-Traders along the way. Stay tuned for more information and if you are in Brussels don´t miss the last opportunity to become part of We-Traders. Swapping Crisis for City!

Find out more about the project on our multilingual website www.goethe.de/wetraders or on our Facebook page. For more on the curatorial concept read this post and to see more photos of the exhibition elements go here. We-Traders is an initiative of the Goethe-Institut region of south-west Europe and was developed by the Goethe Institut, Vienna based curator Angelika Fitz and myself in collaboration with local co-curators and Goethe-Instituts in Brussels, Lisbon, Madrid, Toulouse and Turin, as well as with twenty-nine We-Trades from all six cities. Co-Producers in Brussels are the BOZAR and co-curators in Brussels are Charlotte Bonduel and Julia Förster. The exhibition scenography is by Alex Valder and the exhibition graphics based on the visual identity by myself, was beautifully developed further by Carsten Giese/Studio Regular.

All photos by Rose Epple, if not otherwise credited.

With SINT LUKAS at Fotomuseum Antwerp →