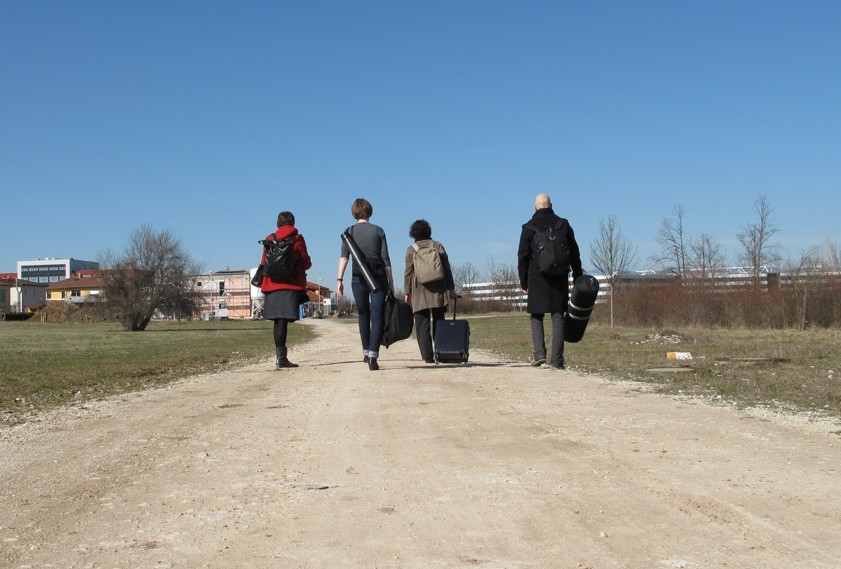 Technology has changed the places where people work. Or rather, technology has enabled people to work in other places than at a desk in an office. Nowadays you can work in your bed, on the street, in your car, in the air port lounge. Given that, do people still need office buildings?

Four people on their way to work. They come from different places and they perform different functions in the editorial team of the book: the editor from Vienna, the project manager from Aachen, the designer and the photographer from Berlin. Their mission: to portray three new office buildings in book form.

All three of these buildings are by award-winning architects kadawittfeldarchitektur, who have consequently thought long and hard about what a modern office could be. They asked the vienna-based curator and author Angelika Fitz to join them in their discussions. She suggested that instead of “Arbeitsorte”, (places where people work), people need “Arbeitende Orte” (places that work themselves), which became the title of the jointly edited book.

Editor Angelika Fitz writes in her introduction that people still need places to come together to work. That also applied to the temporary project team, of which I was the designer. We needed a docking station for the project, and that was what we called the „Arbeitendes Buch“ (working book). You can´t see the working book in the photo, as it was still only a mental space at the time the photo was taken. It only acquired its current form in the process of bookmaking. While working on it, it served as a virtual meeting place for the architects and the editorial team. What made the working book so exciting to work in, was the fact that we also invited the users of the office buildings to share the space.

How does an invitation to participate in a process become more than mere lip serivce? To get closer to the experts of the everday working life in the buildings, the users, the working book temporarily put up tent in the actual office buildings. Under the motto: “Outsiders are looking for insiders“ we held workshops with members of staff on all levels, ranging from the faciltity manager to the CEO of the companies. 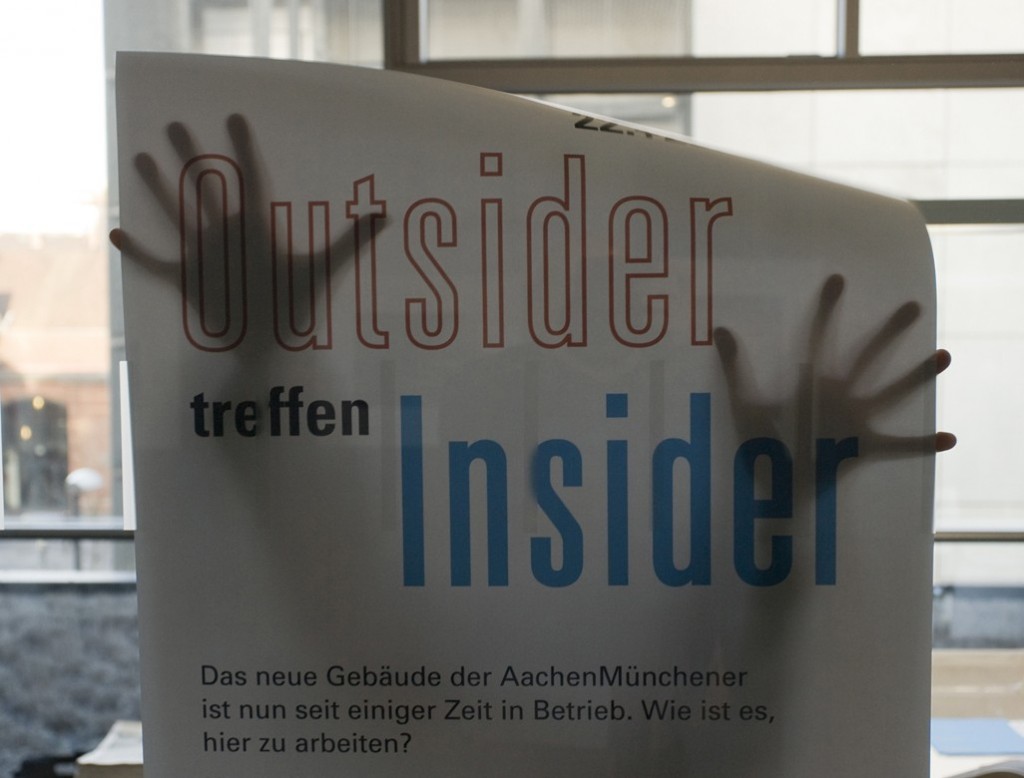 The insiders were asked to document their daily routine photographically and to come to a joint decision on where in the building the approriate place for the group photo would be. We also asked them to describe their way through the building to their individual desks. Following these verbal trails, „When you see the parrot, turn right“, we, as the outsiders, visited the Insiders to interview them about their daily experience of the space. 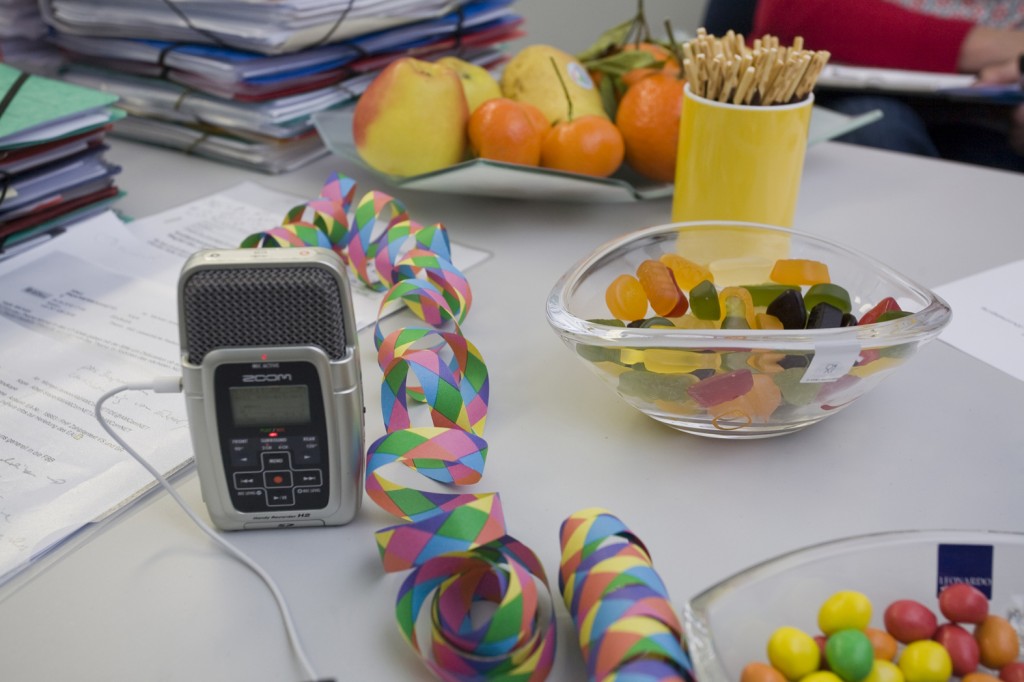 In addition to these individual interviews, we handed out postcards with questions about the favourite place in the buildings, likes and dislikes at the most strategical and the most popular point in every office building we visited: the cafeteria. 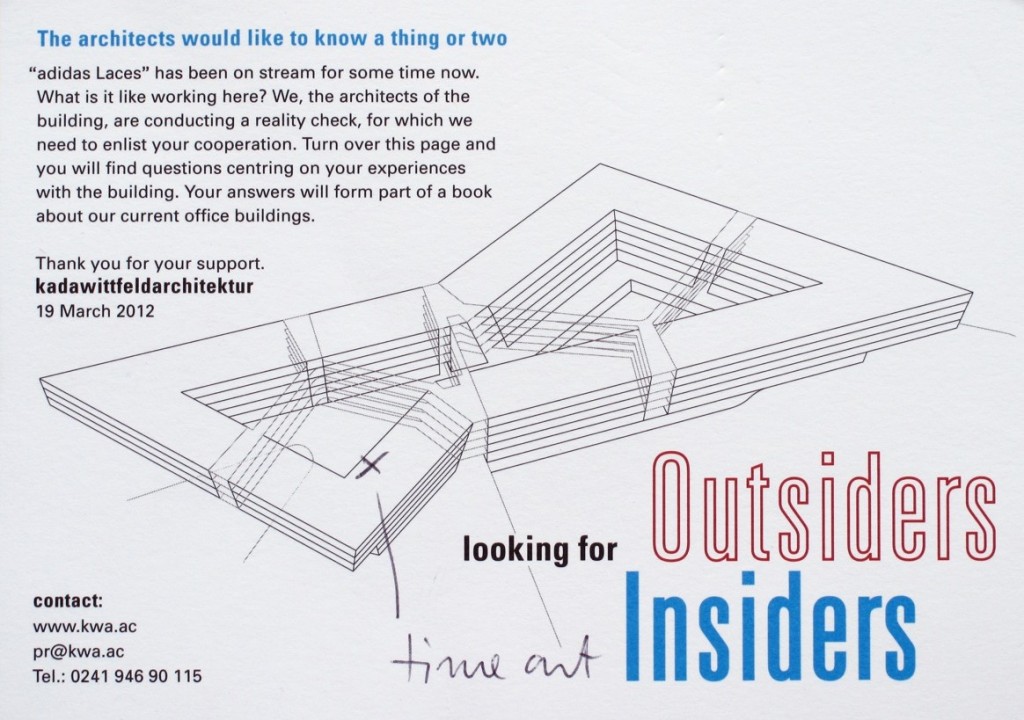 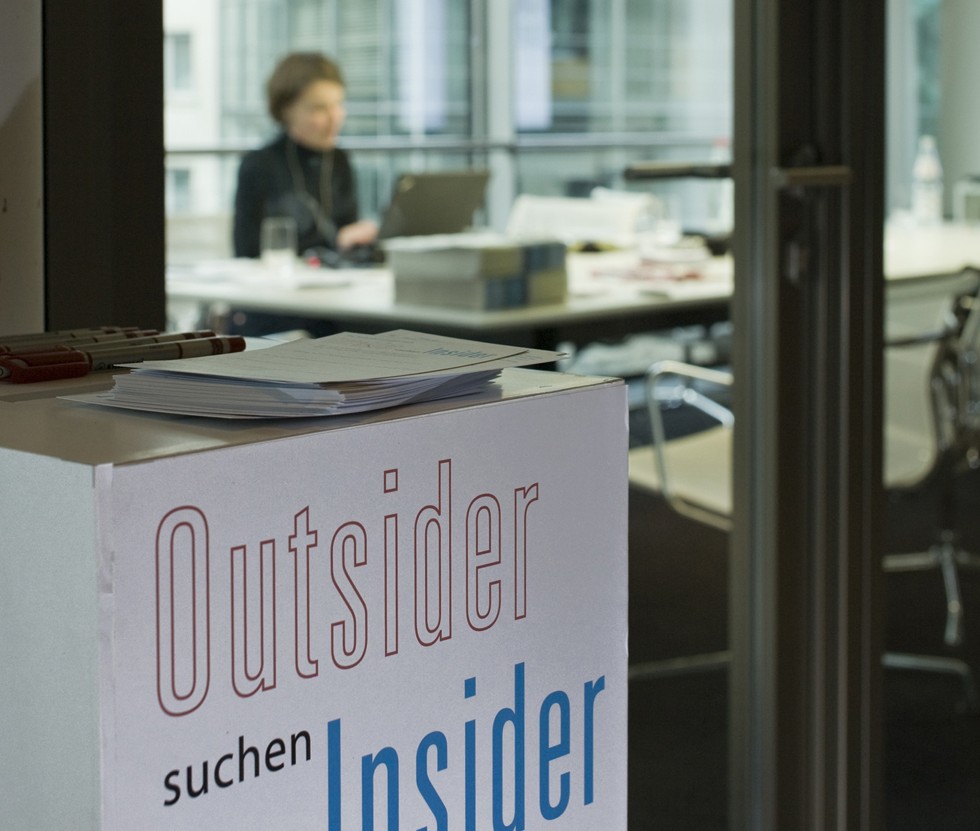 The results of these polls and the material collected in the workshops, the many detailed observations and comments of the users form the main part of the building portraits in the middle oft he book. In the co-working space of the book, the outsiders became moderators and editors, the insiders turned into co-authors and image makers. The portraits of the three buildings are flanked by two longer illustrated and essayistic panoramas on the development of office architecture, viewed from the angle of identity and flexibility. 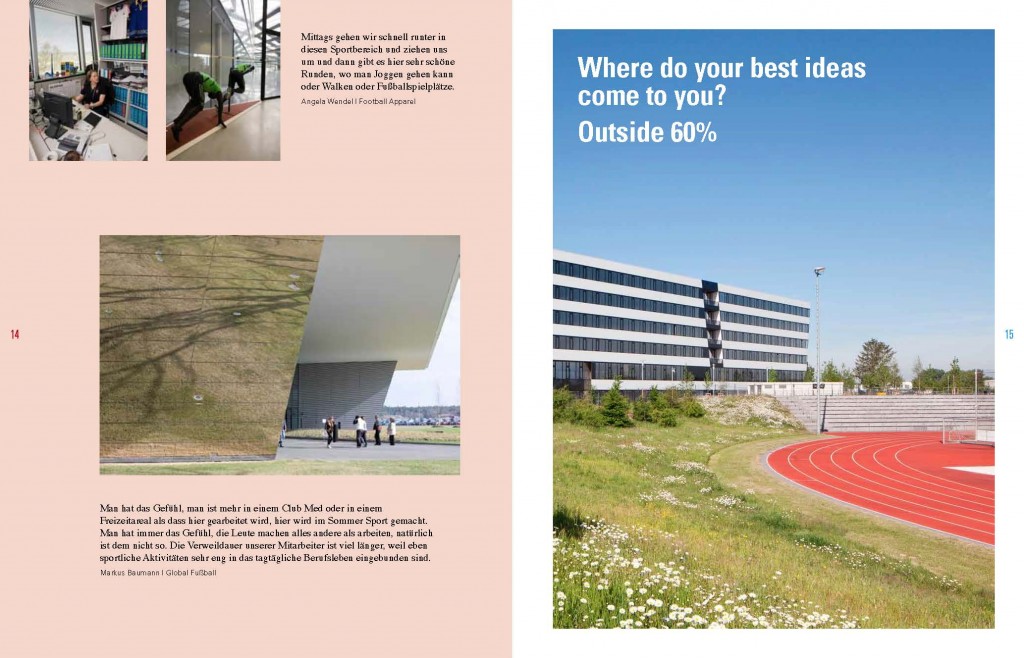 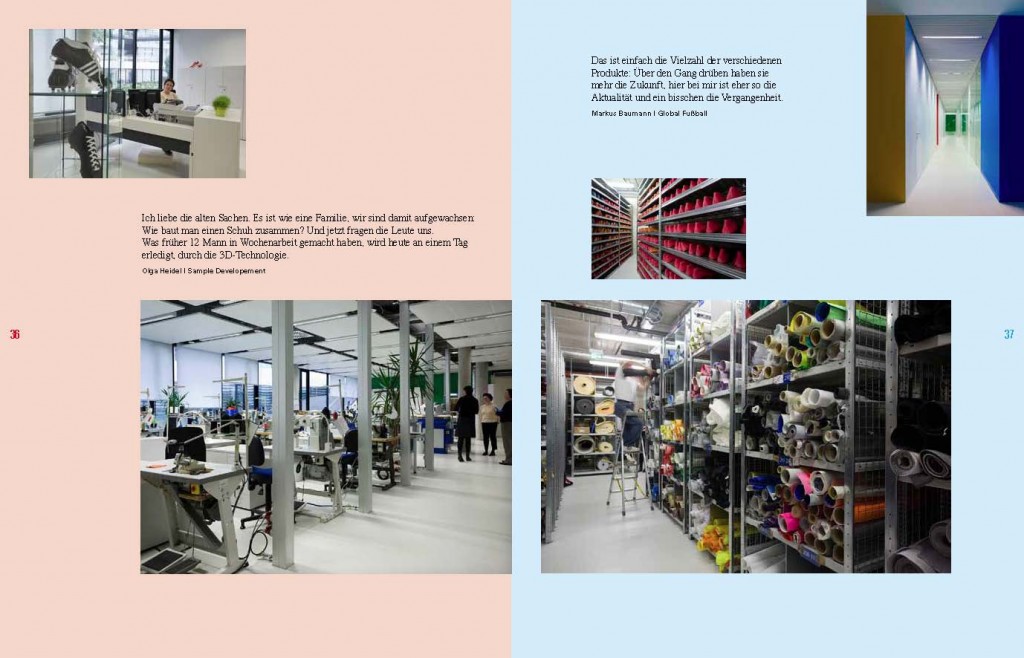 The book concludes, that office architecture is still needed, when it allows for experiences, enables appropriation and leaves a lasting impression. Three criteria that our space of the working book  definitely has lived up to. Like the buildings of kadawittfeldarchitektur, the working book has generated an added value: Itself. The book „Arbeitende Orte“, has just been published in the Springer Verlag Wien New York. Please come inside.

An accompanying exhibiton by kadawittfeldarchitektur can be seen at the Architektur Galerie Berlin until August 18, 2012.