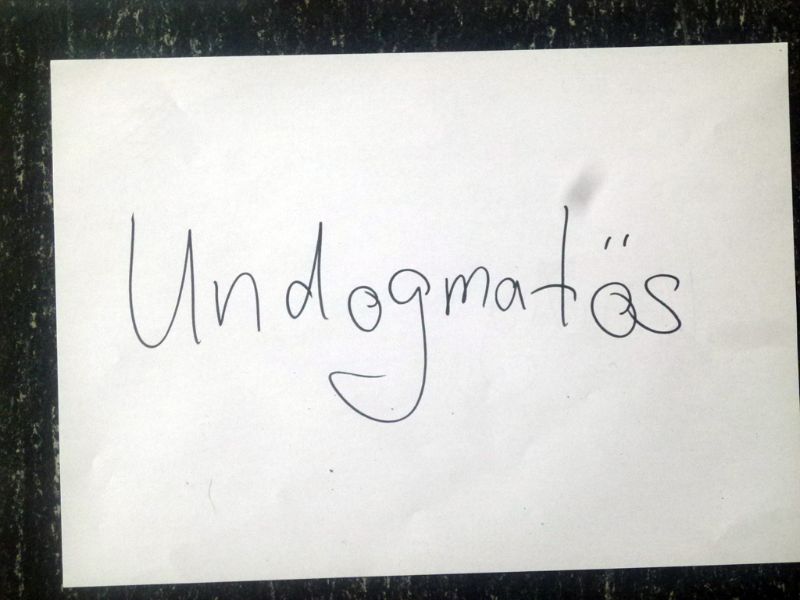 How can we make Berliners head out to the far east of their city to visit the annual design show of the University of Applied Science, better known as the HTW?

The HTW design department which comprises communication, games and fashion design as well as clothing technology, archaeology and museums studies is a fairly recent addition to the design education landscape of Berlin. It’s location in a fantastic old industrial complex on the borders of the river Spree is at once an advantage and a disadvantage, as for Berliners it seems “JWD = Janz Weit Draussen” – really far out in unfamiliar Eastern territory.

The 14 design students, that I helped to develop the Key Visual for the event, started the wrong way round: they wrote the headlines they would like to read about the show in July 2013 first. 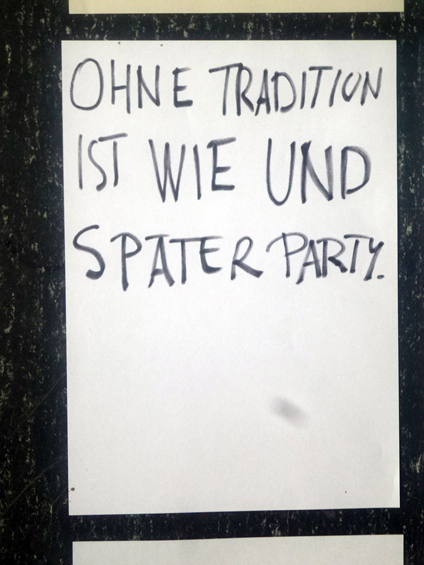 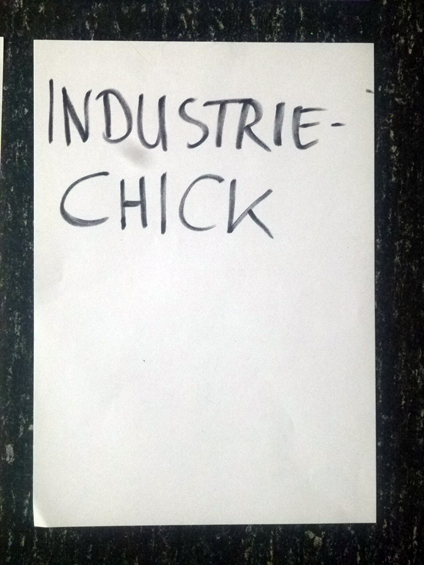 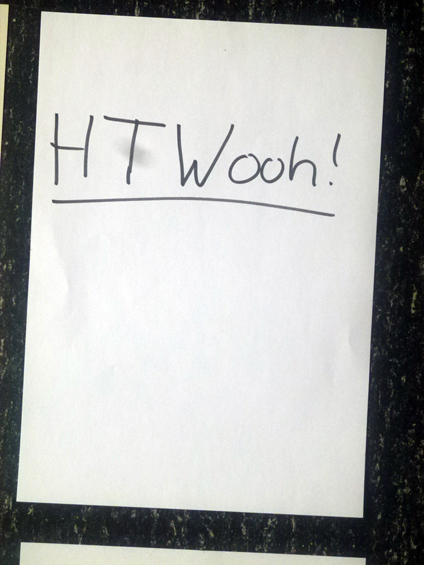 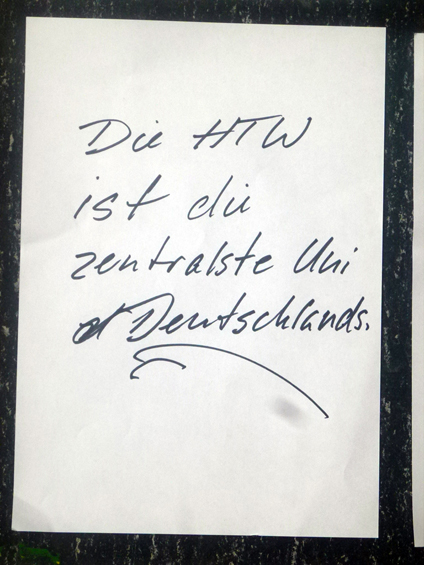 The HTW is the most central university in Germany 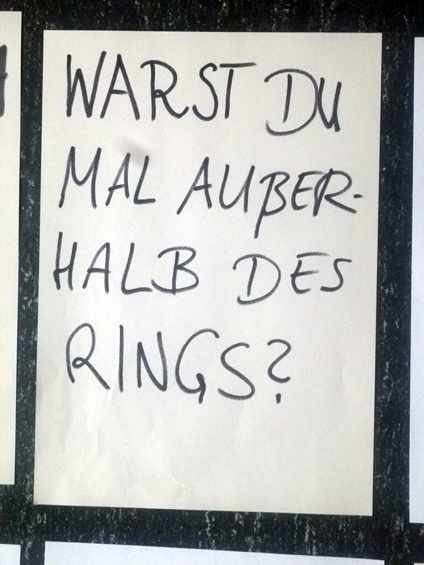 Have you ever been outside the circle (ed.: of the public transport system)? 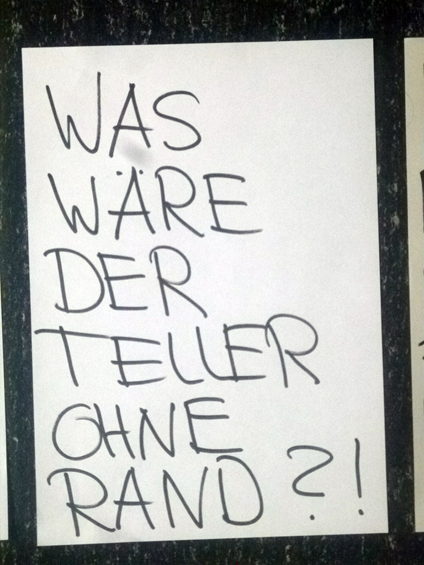 What would a plate be without it’s border? 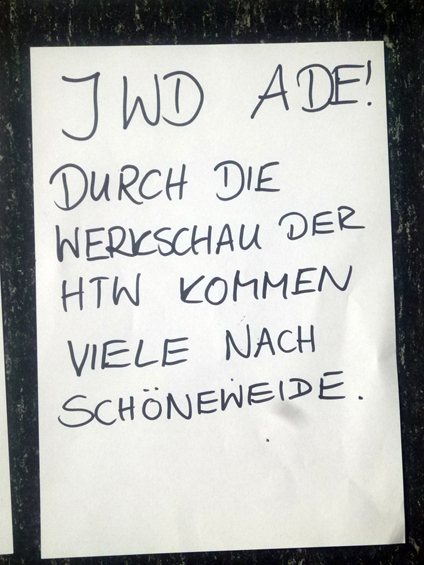 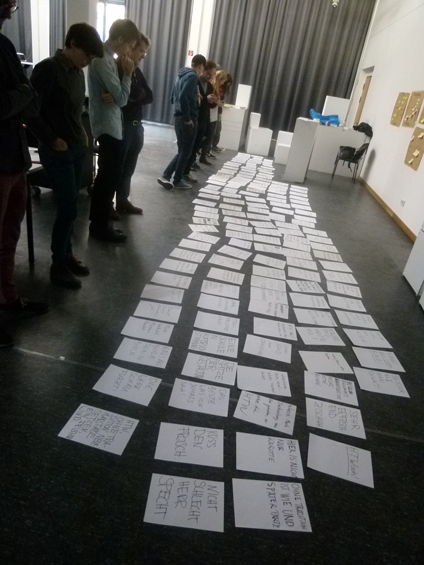 To check if reality comes close to their vision, you have to go east: take the Ringbahn to S-Bahn station Oberschöneweide, jump into Tram Lines 27, 63 or 67 and get off at Rathenaustraße/HTW station. Then follow the crowd and enjoy. To see the winning concept of student Manuel Federl, click here.

All headlines by students of the HTW communication design course